This year ROSCon consolidated more than ever as the landmark event for the Robot Operating System developers community. Such general impression was encouraged by the rise of partners and sponsors – such as PAL Robotics – that broke all records. As usual, ROSCon organizers have conveniently made available all the conference talks online! These are very useful state of art resources for all the developers, even if some of them couldn’t make it to Vancouver.

Our CTO Luca Marchionni outlined PAL Robotics’ software development and how we use ROS tools at his talk in ROSCon. The Whole Body Control was one of the highlights, a software system customized by our team to develop high-level applications by abstracting the complexity of a robot, especially when it has a large number of DoF. This is the case with humanoids TALOS, REEM-C or TIAGo.

In fact, this software was extensively used by Team Olympus Mons, a team made up of current and former PAL members – including Marchionni – who won the 3rd place at the NASA Space Robotics Challenge. Thanks to our software modularity, PAL Robotics only spent two days implementing the developments achieved for the Space Robotics Challenge to our latest humanoid TALOS’ simulation, as shown by Marchionni in a video at the talk. And very soon we will see the actual TALOS humanoid robot performing those tasks!

When we bring some of our TIAGo robots to an event, they always have such a productive time! After visiting Vancouver and listening to ROSCon conferences, TIAGo also spent five days enjoying the 30th anniversary of IROS.

IROS was a good occasion to share our latest developments; our CEO gave a talk within the frame of the RSJ-IAC Lunch surrounded by an attentive audience. Some of the latest advances we exposed are related to the European Projects that we are part of, such as Co4Robots, EnrichMe, SocSMCs, RobMoSys or GrowMeUp.

In short, IROS&ROSCon continue to be an absolute must to learn the latest cutting-edge developments in robotics. PAL Robotics team could speak with many researchers and companies that are making a great job. Our feeling was that the whole robotics community was making efforts to get these robotic platforms ready to enhance people’s quality of life. It was outstanding, and we are extremely glad to be part of this.

IROS has just ended and we are already looking forward to next year, IROS 2018 at Madrid; Meanwhile, do not miss our next adventures over at Birmingham for Humanoids 2017! 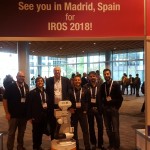 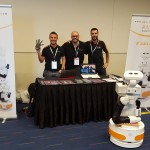 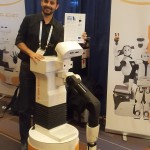