Skip to content
← Industry 4.0 is the trend at GREX
PAL Robotics upgrades to ROS Kinetic!  →

Competing at ERL: an interview with HOMER Team

Making robots help at home. This is the “magic” that teams competing in the Service Robots category of the European Robotics League (ERL) turn into reality in each tournament. Robotics competitions like ERL or RoboCup@Home are one of the ways in which researchers are driven to develop applications that transform how people live at home. It is a revolution that sooner rather than later will significantly benefit society, especially old and disabled people.

Great skills, capable platforms and a good dose of motivation are attributes that all teams share. One example of it is Team HOMER, from the University of Koblenz-Landau. The German team’s hard work with Lisa and TIAGo robots has paid off with major successes: winners of RoboCup 2017 World Championship (Nagoya, Japan) Open Platform League, first position in four TBMs of the ERL Service Robotics Season 2017-2018 (all over Europe), and second position at the RoboMasters Competition (Shenzhen, China), amongst others.

We had the opportunity to speak with HOMER Team Leader, Raphael Memmesheimer, during the ERL SR Barcelona Local tournament held at PAL Robotics’ offices. Here’s a summary of the nice conversation we had:

The excitement and pressure of a competition can turn developing and programming into a challenging game. “First of all it’s fun, I like to be at competitions like this, you always learn a lot”, stated Memmesheimer. “It’s a benchmarking, so sometimes you may be driven to your limits!”

When asked about the relevance of robotic competitions like ERL, he also highlighted the knowledge that they get from putting the robot into a new environment, besides the networking and cooperation with other teams.

HOMER Team was happy to discover where TIAGo is built and could meet the developers behind it at PAL Robotics, during ERL Barcelona Tournament. They also shared with us some great impressions on the robot, after working with it during the tournament preparation and competition.

Memmesheimer considers that one strength of HOMER Team is their software, which makes it easier to teach students fast and get started with the robot. “We have the same software than in our robots home, like we have now on TIAGo, with minor changes. [With it] we can show navigation, manipulation, voice recognition, object recognition.” They are confident there’s still room to improve its features even more.

It’s been great to speak with HOMER Team Leader, we wish them best of luck at the next tournaments! We will stay tuned to their blog for sure during the upcoming RoboCup German Open. 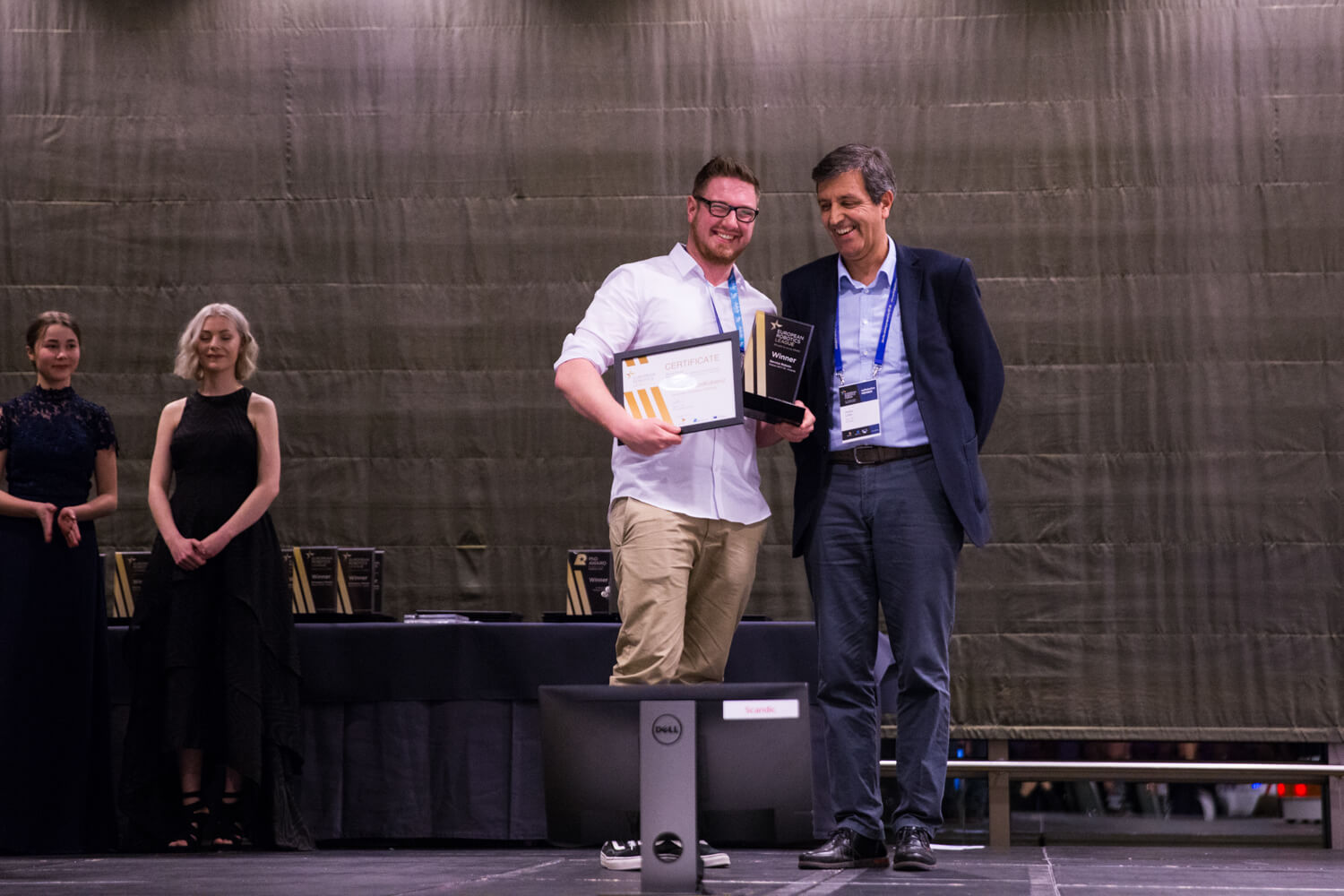