Skip to content
← TIAGo robot at Schunk Expert Days 2016
European Robotics Forum is coming, get ready! TIAGo and REEM-C are waiting for you  → 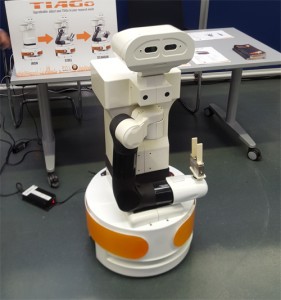 SCHUNK Expert Days 2016 on collaborative robotics, with well-known researchers and robotics companies, was a complete success. It was confirmed that technology is improving greatly towards collaborative robotics, though there’s still work to be done until robots can work in real environments. PAL Robotics will keep on working for that, designing useful robots and research platforms with that purpose.

PAL Robotics was invited to show the collaborative robot TIAGo: a modular research platform with ideal abilities for light industry and AAL, or anything else that has to do with perception, navigation and manipulation abilities. TIAGo proved, with different demonstrations, how easy it is to be managed and controlled. Our research buddy also tried on a SCHUNK gripper (model: WSG 025) which proved to be useful for him as an end-effector, just like its 5-fingered humanoid hand.

After a great work showing its abilities, TIAGo recharged its batteries taking a break at the cocktailbar: 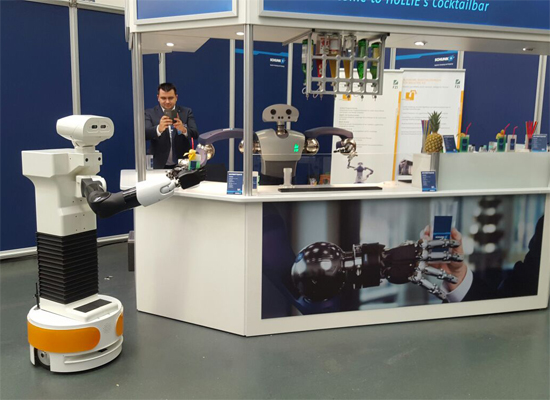