Imagine if legged robots could move in the same agile way as humans and the impact this technology could have on various industries. Currently, complex movements for robots with arms and legs in unstructured environments are difficult to achieve in real-time.

Technology able to generate more complex movements in robots with arms and legs operating in a dynamic environment, would open up a huge range of possibilities in both industry and service robotics. More advanced technology would allow robots to react in real-time to changes in their environment and even changes during tasks.

EU Project Memmo (which stands for memory of motion) is a research project which aims to develop memory of motion – a unified approach to motion generation for complex robots with arms and legs.

The project works towards the development of three industrial demonstrators in the future of aircraft manufacturing, rehabilitation of paraplegic patients and inspection of large engineering structures.

PAL Robotics’ role in the project

In this project PAL Robotics’ TALOS robot is being used as a development platform for testing algorithms such as: joint torque control, whole body inverse dynamics, model predictive control and multi-contact motion planning.  One testing scenario involves drilling tasks and manipulation of  industrial hand-held devices, while climbing a set of stairs in an Airbus experimental production line. The role of PAL Robotics is to help integrate the technology developed by the consortium on the robot, by having the real time controllers executing on the robot to accomplish the task.

PAL Robotics is working on integration of the advancements in the locomotion, developed as a part of the project, to improve the mobility of the robot in both flat and uneven terrain. As a part of this project, TALOS was able to traverse on challenging surfaces that was also demonstrated during the virtual ICRA 2020 event.

Nevertheless, PAL Robotics is also advancing in the integration of a Model Predictive Control (MPC) algorithm, where the robot is expected to  execute the given task with full state feedback and joint torque control that will enhance system robustness. For instance, the robot can be commanded to perform a trajectory based on the model, and then it tries to accomplish the task even when the task is hindered by the external disturbances. 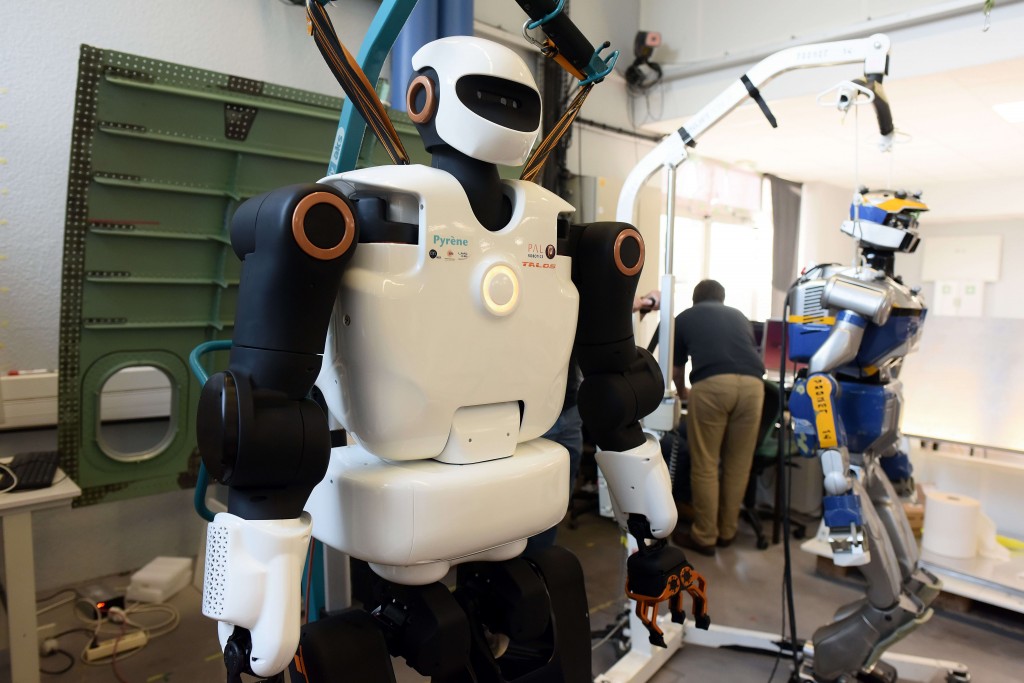 Recent demo of TALOS with project Memmo at ICRA 2020

As earlier mentioned, TALOS took part in a live demo within the project Memmo in this year’s virtual ICRA 2020 event and was presented by our CTO Luca Marchionni.

At the demo we presented developments to TALOS thanks to the work carried out during the Memmo project. The robot made a self-presentation and then performed some nice whole body balancing on a moving platform. To stress the benefit of torque control respect to position control, the demo continued with locomotion demonstration over flat and uneven ground.Torque control allows the e robot to adapt to the environment, while taking into consideration disturbances and changes and reacting accordingly.

The work packages for the Memmo project include memory of motion and its use for sensor-based control, connecting scientific developments to realistic scenarios, testing the memory of motion in the laboratory for benchmarking, and in three targeted industrial applications.

The project is based on 3 main aims:

Find more information about the EU project Memmo by visiting their website, as well as learn what other capabilities our biped humanoid robot TALOS has. Get to know about other European projects we are a part of and If you have any questions, do not hesitate to get in touch with us!