Versatility of TIAGo as a research platform: for navigation

The robot is a mobile manipulator well-suited to applications in the healthcare sector and light industry, specifically for its modular design, as demonstrated by the several European Projects that choose it as a research platform. TIAGo is a mobile manipulator suitable for research in areas including Factories of the Future, Smart Cities and IoT, as well as Ambient Assisted Living. 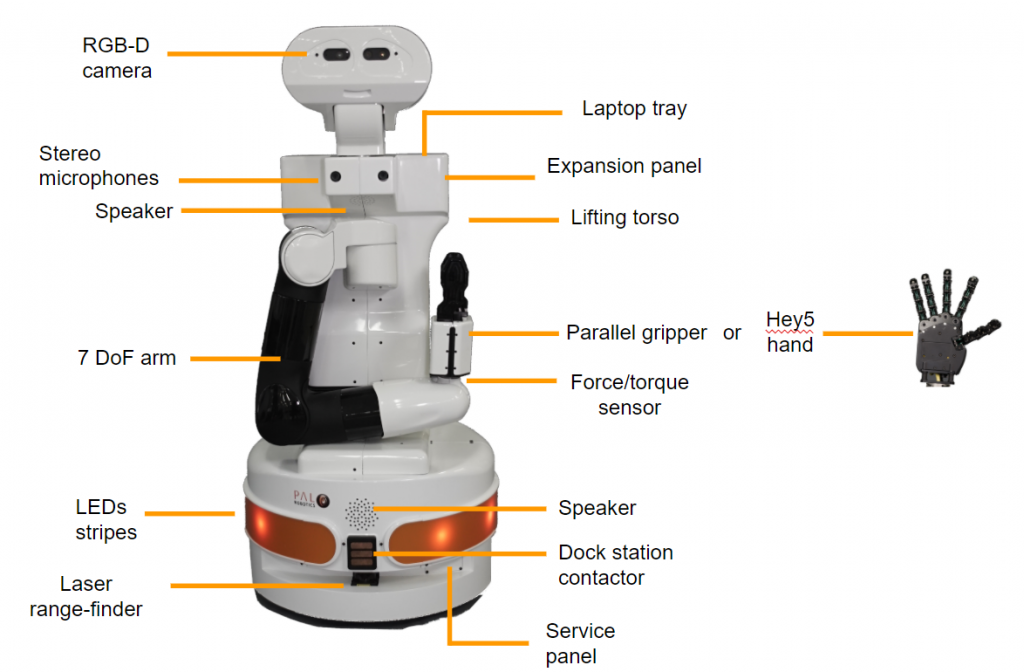 Looking more specifically at navigation, here are some of the navigation features of TIAGo and how to use them.

In ROS, to start, change to mapping mode, start rviz for navigation, and move the base with the joystick in order to take a tour of the area you want to map. Mapping needs to be done just once as TIAGo’s navigation system is able to adapt to changes that occur over time. However, a new map of the same environment should be redone when there are major changes to the layout. 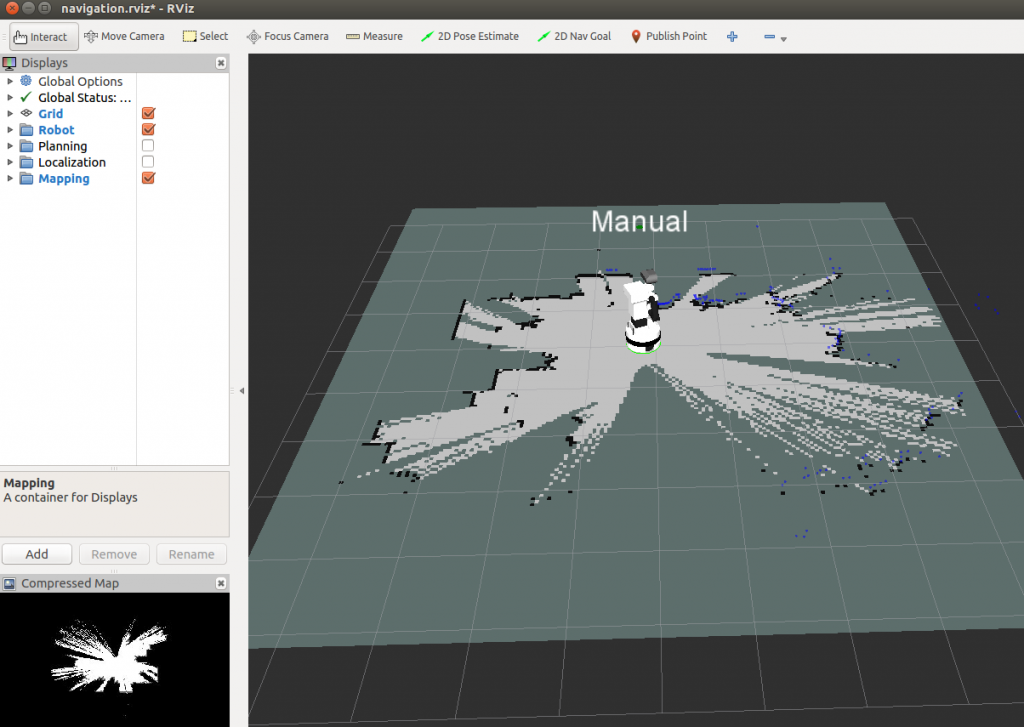 Localization is provided by the ROS package amcl, which implements a particle filter to track the pose of the robot against the current map. When the amcl filter is uncertain about the actual location of the robot the cloud of particles spread or even split into different clouds. Nevertheless, when the amcl filter encounters a lot of similarities between the current laser scan and the local part of the map uncertainty reduces causing the particles to focus, which provides a more accurate localization. 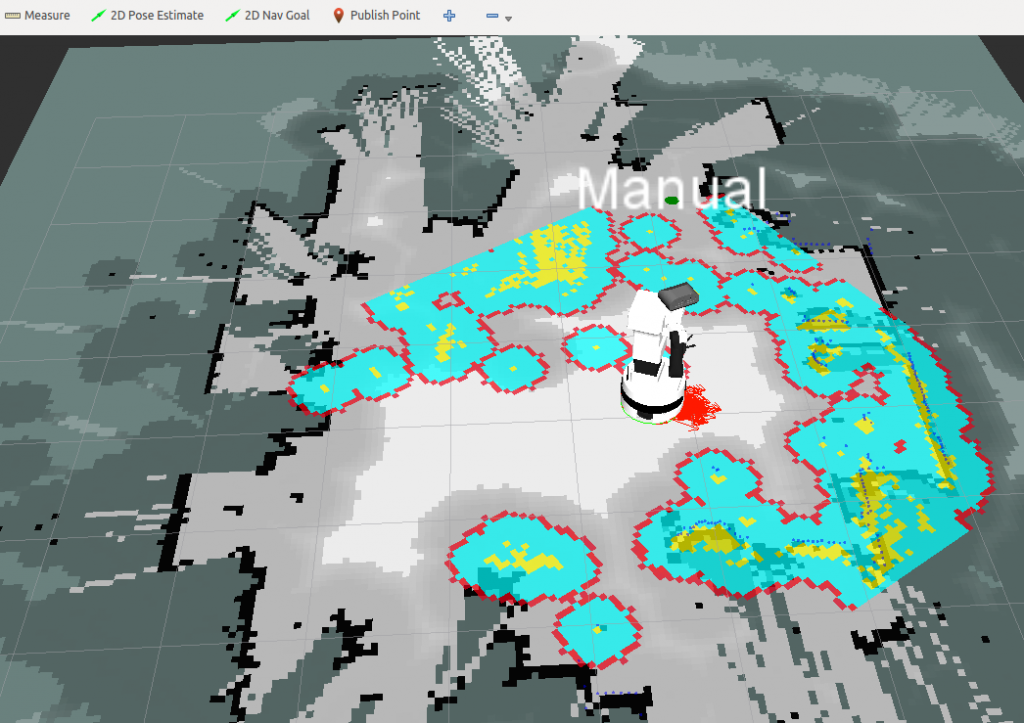 Send a navigation goal by choosing the target map coordinates, for example using the 2D Nav Goal button in Rviz. Extensive documentation about navigation functioning and parameters can be found at: http://wiki.ros.org/move_base

The laser scanner is used by default to detect obstacles and let the navigation avoid them, however this is less comprehensive than when using Advanced Navigation. Extending these capabilities through Advanced Navigation means when the robot is sent to a map point the torso raises and the head lowers so that the RGBD camera can detect obstacles in front of the robot that may not be detected by the laser scanner.

Zones of interest and virtual obstacles 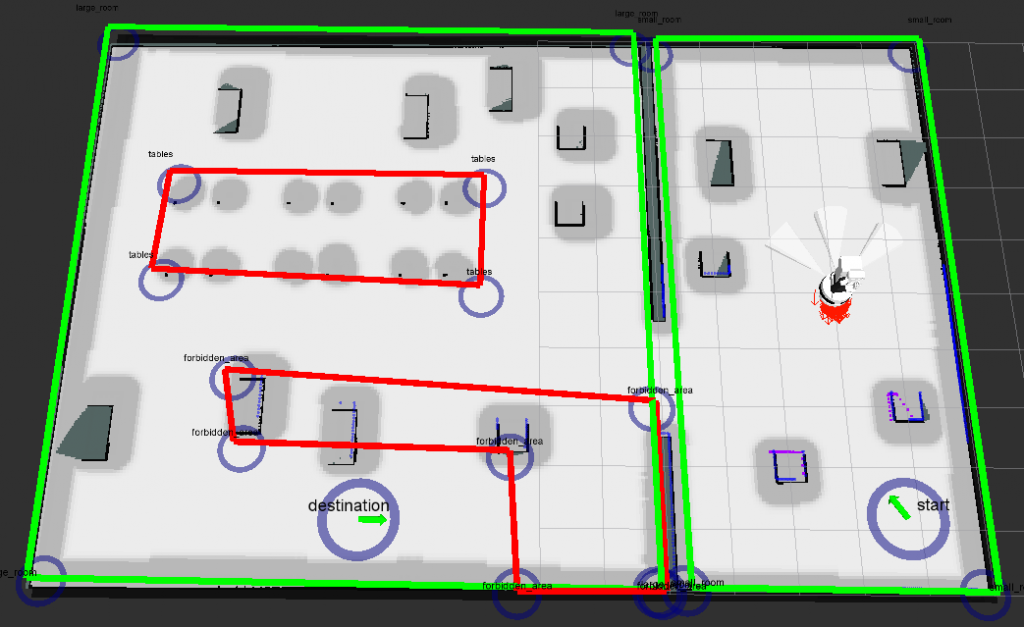 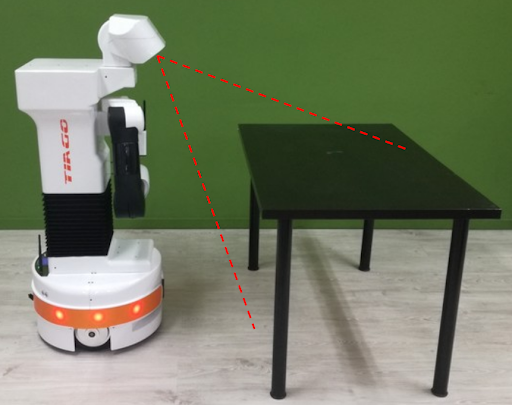 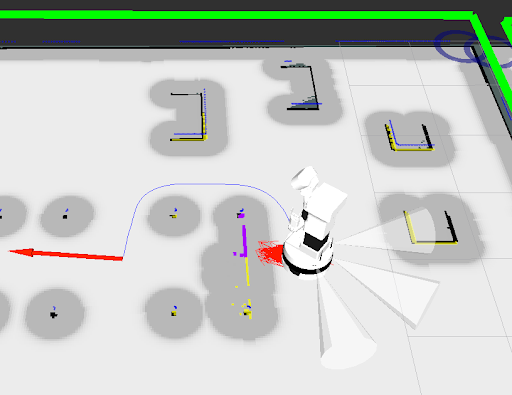 TIAGo has ROS tutorials available to get started with the robot’s open source simulation, which you can download online. Stay tuned for more blogs in this series of TIAGo for research. To find out more about PAL Robotics and the different TIAGo customizations available including TIAGo Titanium, TIAGo Steel, TIAGo Iron and TIAGo ++, visit our website, you can also create your own TIAGo, using your chosen configurations, find out more here. Don’t hesitate to get in touch with our experts to discuss how TIAGo can meet your research needs.