Skip to content
← Versatility of TIAGo as a research platform: for navigation
Successful launch of ROS Play Motion Builder tool for easy creation of robot motions  →

Innovation in sustainable manufacturing in Catalonia through project SIMBIOTS

PAL Robotics is a project partner in EU project SIMBIOTS, an initiative by the Acció department of the Generalitat de Catalunya which aims to introduce robotics in new industrial processes and applications through sustainable manufacturing. Robotics is a key emerging sector for Catalonia, and it is estimated that in the region the annual turnover connected to robotics is 460 million Euros, with robotics responsible for 2,000 jobs.

SIMBIOTS started in 2018, with the goal of developing collaborative robots for industry that allow interaction of robots and operators in shared work spaces without physical barriers, guaranteeing safety. The project, which aims to set the future of manufacturing, was launched by RIS3CAT Future Industries Community (IdF) and is coordinated by the Institute of Robotics and Industrial Informatics (IRI) with the participation of Zanini Parets, PAL Robotics, Promaut and Eurecat.

Background for SIMBIOTS including physical barriers between robots and humans

Introducing robotics into production processes is becoming a key tool for improving productivity and flexibility in industry, however a number of challenges exist, including the need to protect the operator by placing the robot inside a cell to restrict human access with the robot when it’s in operation. This restricts the use of the robot to a limited number of applications. Therefore, the SIMBIOTS project focuses on work aimed at facilitating an introduction of robotics to new processes and applications within industry.

The objective of the community is to lead innovation in efficient and sustainable manufacturing in Catalonia, through the deployment of a network of capacities and pilot plants that will serve to streamline and consolidate Research & Development and the industrial value chain.

Throughout the project so far, industrial robot prototypes have been designed and implemented which are able to work collaboratively with workers from the development of a set of algorithms for an effective human-machine interaction. The solution also includes an integrated sensor system to overcome blockages and methods to allow reconfigurations and adaptations of robot actions.

The desired legacy of the SIMBIOTS project includes: 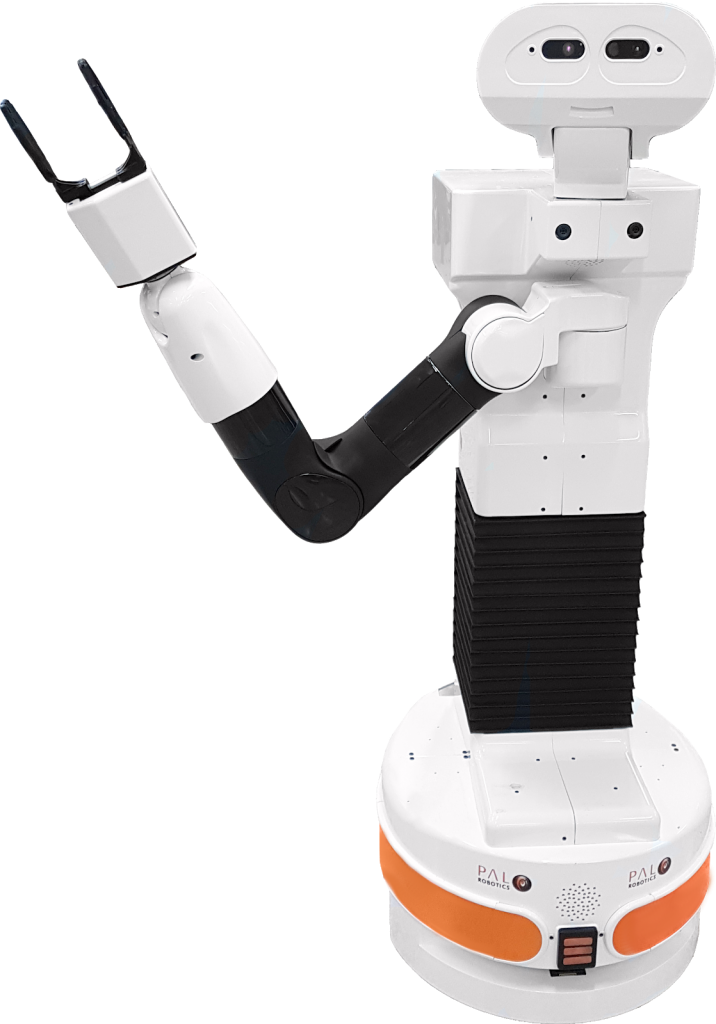 An enhanced version of PAL Robotics’ TIAGo robot, a mobile research platform, is being used in this project and, during recent months PAL Robotics has been carrying out different integration days alongside project partners Eurecat and IRI, using emblems provided by ZANINI, to prepare a demo. The main goal of one of the project’s demos has been to use the TIAGo robot in order to clean and manipulate the emblems of a moving axis controller. In more detail, this has involved: 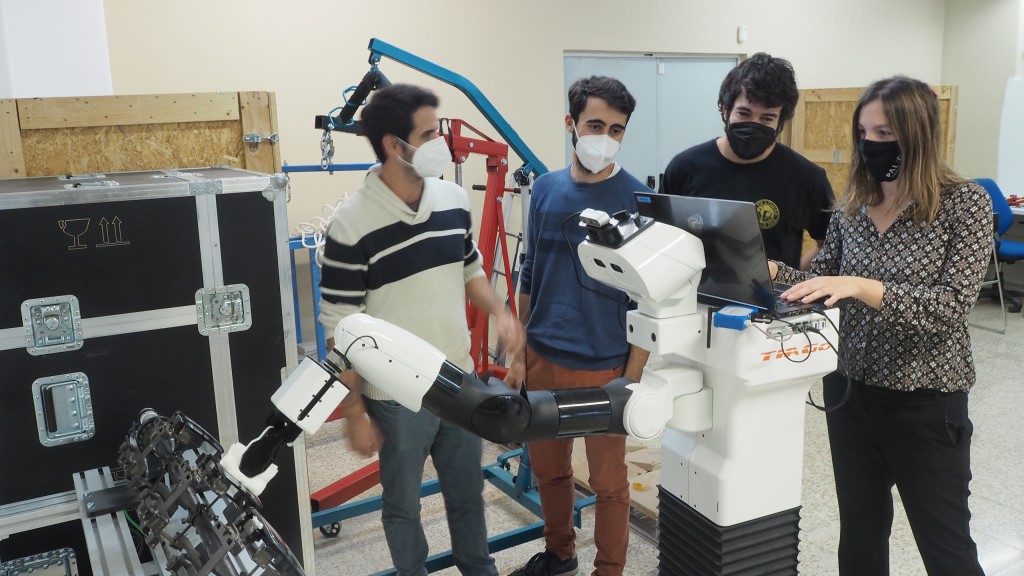 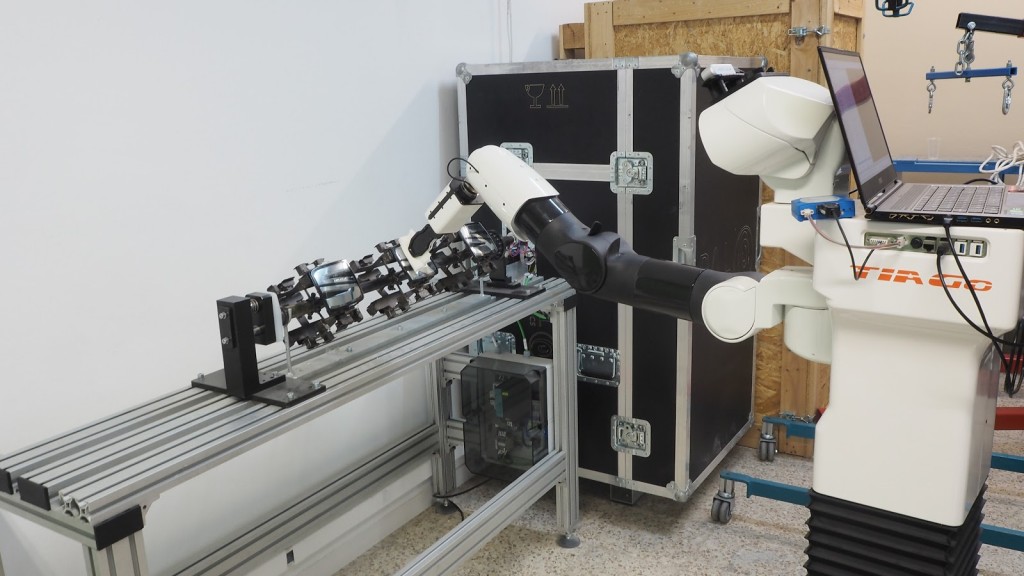 PAL Robotics has enhanced the Whole Body Control (WBC) – the WBC software package enables easy and safe commanding of the end effectors of the robot by users specifying where they want the robot to be in real world coordinates. The main advantage of WBC is that it helps prevent self-collisions and accomplish other tasks in parallel such as avoiding joint limits and restricting the workspace of the robot. Furthermore, the project team will use admittance control, in order to make the arm of the robot compliant, which is highly important to ensure safety. The end goal is for TIAGo to collaborate with humans, be able to adjust the end-effector position if a person is nearby, and allow the human co-worker to adjust TIAGo’s arm position to facilitate cleaning/grasping jointly.

After carrying out tests at PAL Robotics the project team will do tests at ZANINI, the project partner responsible for providing the use case and requirements. The project is due to come to an end in March 2021.

In addition to the SIMBIOTS project, PAL Robotics works on many EU research projects covering areas such as smart cities, factories of the future and Artificial Intelligence (AI).To read more about EU projects we partner in, visit our collaborative projects webpage.

TIAGo customizations available include TIAGo Titanium, TIAGo Steel, TIAGo Iron and TIAGo ++, you can also create your own TIAGo, using your chosen configurations. Find out more about our TIAGo robot on our website. If you have any questions do not hesitate and get in touch with us.