Skip to content
← World Robot Summit with TIAGo robot: from cleaning toilets to interacting with customers
TALOS: The Robot of the Week at the IEEE Robots Guide!  →

Thank you for visiting us at the European Robotics Week Central Event (ERW2018) in Augsburg last weekend! This remarked event in Europe was the perfect occasion to bring robotics closer to society and help everyone understand the field. The exhibition was held in a Roman museum and it seemed that the past was merging with the future!

How should we envision the future with robots? 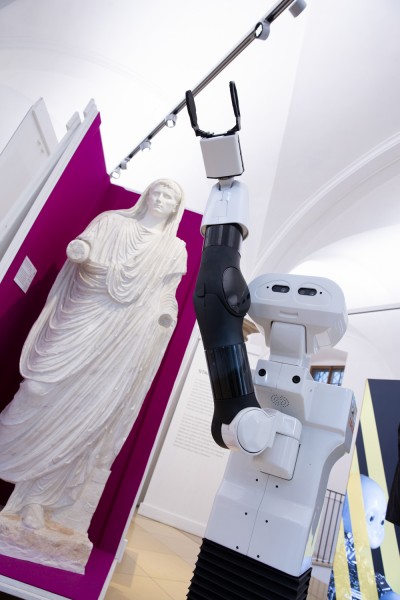 There are many situations in which robots will be able to help us in the future – or even today! At the ERW2018 Central Event in Bavaria, we invited citizens to directly interact with our robots to comprehend such technology and envision some of the applications that robots can have.

Augsburg citizens could discover TIAGo Base, an autonomous platform which is made for facilitating workers’ routine in industrial settings. The smart base takes care of the courier tasks in collaboration with humans, optimizing the overall industrial workflow.

Attendees could command the mobile manipulator TIAGo even if they didn’t have any technical background. People were able to teach movements to the robot by themselves, and get an idea of how easy it is to work with TIAGo. Skills like this one are especially useful when the robot undertakes tasks for Assisted Living or Industry 4.0 in cooperation with people. Kids were also surprised as they could see “through TIAGo’s eyes”, watching what the robot was watching live on a device. 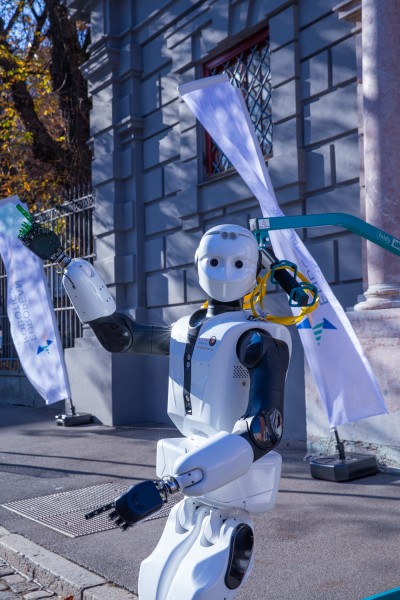 Biped service robots for the future

Biped humanoids will take a key role in the future as service robots. To achieve this, there are still some steps to take on research, and this is what REEM-C is used for. The biped robot is useful for improving a variety of fields such as walking, manipulation, Human-Robot Interaction or Artificial Intelligence. We brought our robot to Augsburg, where it amused people with a very special dance that was achieved using a complex software behind.

Our robots had a great time in Augsburg’s ERW2018 Central Event!

Attendees had an exciting weekend at the ERW2018 Central Event! Our robots could get to know Augsburg citizens, the city’s youngest generations coming from German schools and from Bosnia and Herzegovina, and also meet European Institutions representatives. REEM-C and TIAGo could even go outside and breathe some fresh German air, welcoming citizens that were entering the ERW2018 Central Event exhibition. TIAGo is already missing the coffee he got of the Hochschule Karlsruhe’s CoffeeBot – an autonomous arm serving coffee to attendees.

Many thanks to euRobotics, the organizers, and the Augsburg city for hosting the European Robotics Week 2018 and to make it such an enjoyable event for everybody!